>I’m back!
This year started off really horribly, I won’t go into all the gritty details but some very eye-opening things happened, although I’m now realizing sometimes you have to go through extreme hurt to come out stronger and wiser. And you have to go through hurt and see people for who they truly are so you can move on with life.

So that being said, I’ve moved on with my life. And I’m now moving on with this blog. I actually expect to make a few changes to the blog. And mainly the changes are I’m not going to be so particular about what I write here. So you might see short stories in addition to Music and Movie reviews and Pop Culture Editorials. Hopefully I can keep it updated more frequently than I did last year. We’ll see.

One of the things I do have to change is my Top 25 All-Time Favourite Artists list. I first completed the list on my Myspace blog in 2008. I updated the list at the top of 2009 and that’s what I’ve been posting on this blog. However even during my posts on this blog, I knew I had to make some changes to the list. Before I do that (which will be pretty soon) I wanted to complete the list and reveal my #1 All-Time Favourite Artist and why they are #1.

Like I said before, I’m a child of the 80’s. I grew up at the start of the MTV Era where style was becoming more important than substance. When sex and androgyny were the “IN” things for Pop Music. The 80’s were all about Excess, and that’s evident in a lot of the top acts of the time. Culture Club, Rick James, Michael Jackson, Madonna, Pat Benatar, even Whitney Houston and Patti Labelle’s Mountains of Hair are examples of this idea that the smoke and whistles are greater than the actual music. In the midst of all of that, Prince emerged for not only giving the public that same 80’s Excess in image, but also for being a truly revolutionary and ingenious musician to back it all up. There wasn’t any artist of that decade, or even since than that has marched to the beat of their own drummer more than Prince. From the very beginning he wrote, produced and arranged all of his 100% Original music on his own.
He started out in 1978 with two very R&B/Disco inspired albums, his third album “Dirty Mind” released in 1980 totally switched up his entire style.

While there was some heavy funk in “Uptown” “Partyup” and “Head”, the bulk of the album is really a drastic change over to an edgier Punk almost Alternative sound. His career continued in the 80’s with him always being one of the more diverse acts of the decade. He was certainly Pop on some songs, definitely R&B on others. In the 80’s Prince flirted with everything from Rock to New Wave to Disco to Blues. He managed to be all of these things without ever sounding forced, like he’s tackling a certain genre just for the sales. Everything he did felt completely organic, yet very contemporary and very out there.
I listened to loads Prince in my youth. Not only was my High school aged aunt a Huge Super Fan, about half of my family members were Prince fanatics. I totally didn’t understand the lyrics at the time, but I loved the music and I loved the artist. Seeing him on TV live was always amazing, as he had Incredible energy and always did something you couldn’t forget. 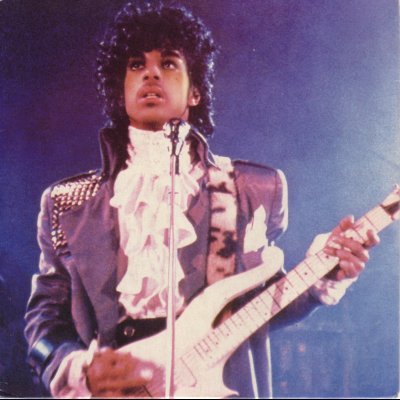 For instance on his 1987 Concert Film “Sign O The Times” you can see Prince tackling EVERY instrument on the stage… piano, drums, guitar… and all effortlessly. And let’s not downplay his voice and the things it can do. Though he seems to be famous for his falsetto, Prince has a very underrated vocal range that has been shown time and time again. There’s not an artist that has come since (maybe even before) Prince that has displayed as much raw talent on top of being so influential and original. In fact he was so influential that much of the early 80’s sound in Music was more or less orchestrated by Prince. He was the mind behind The Time Vanity and Appollonia 6. He wrote and produced hit tracks for artists ranging from Chaka Khan, Mavis Staples, Sinead O’Connor and The Bangles. And there have been countless remakes of Prince’s many gems.
Prince in the 80’s can’t be touched, literally by any other artist. Prince in the 90’s started to dip in quality a bit. He had a huge legal issue with his record label and it obviously hurt his music, but he still had a good handful of classic songs in that decade. Prince in the 00’s was less important and less original, though he famously had a huge comeback with 2003’s “Musicology” and it’s sold out tour. He hasn’t taken such a bad turn in his career though that has ruined him, his albums still are enjoyable (if sometimes a little inconsistent) and his 2006 turn as the Superbowl Halftime entertainment proved that he’s still one of the most electric and dynamic Live performers in the industry. Definitely a Living Legend, in fact he became a Living Legend about 20 years ago, because he has done what a lot of artists only wish they could do.