So this was a Flash Fiction project from the end of 2012, early 2013. I was a VERY creative child, and at one point I wanted to sort of re-live that youthful imagination. So one weekend I decided to watch all my favorite 80’s movies and I remembered how I used to love the John Hughes movies, or I should say those 80’s movies that were set in the suburbs. I recalled being sort of fascinated with that atmosphere and felt like I should place whatever FlashFiction I was going to write in those suburbs.

What I ended up writing, I was actually proud of. The FlashFiction was difficult though, because I created all these details, traits and idiosyncrasies to the characters but I was limited in what I could actually say. This is one I definitely want to flesh out in the future, but here it is in the FlashFiction edition. Enjoy.

At 10 this morning, Ma wanted Dex and me to go out and buy a book of stamps. After that Dex led us to the new strip mall trying to find a tshirt.
“it’s Purple Rain, you think I’m gonna show up in a Sting shirt?” Dex said, shuffling through the shirts like a madman.
Dex found a simple “Prince” shirt, he got excited and then found me the same one in different colors. He rubbed my head when he walked past to take both shirts to pay.
We started to walk back home.
Dad said he’d leave work at 1. What time is it?” Dex looked at his watch, and then held it down for me to see it was 12:10.
“The show isn’t until 4pm. He’ll probably want to go get something to eat before”.
Me and Dex normally just watch movies together, Dad was a Prince fan and he was just as excited. Ma never came with us to R rated movies. She always complained and Dad would say “A couple cuss words and boobs aren’t going to ruin my boys”.

We saw 4 boys across the street, Dex got their attention “Miles!”
We ran to catch up with them. It was Miles and Matt and two other boys.
“This is my cousin Nate and his brother Andy” Matt said.
“I’m Dex and this is my brother Jules”
Nate and Andy looked at me weird, looked back up at Dex “your brother?”
“yeah my brother!”
Matt interrupted talking about the new Pizza Hut “I think you have to order a  whole pizza to play the arcades”
“did anybody go in and ask?” Dex asked.
They all started shaking their heads no.
Dex led the way to the Pizza Hut and before we knew it signaled us all to come in.
“You guys can buy a slice and we can all play” Dex said to Miles
“you don’t want a slice?” he responded.
“No we’re eating with our Dad later”
“Our Dad?” Nate blurted out.
“Yeah like you and your brother have a Dad” Dex was starting to get mad
“Yeah but my brother’s not…” Nate said before Dex stepped up to him
“What?!”
“nothing.”
“well…” Matt started to say “you’re gonna stay and play some games right?”
Dex looked at his watch “Yeah i guess” 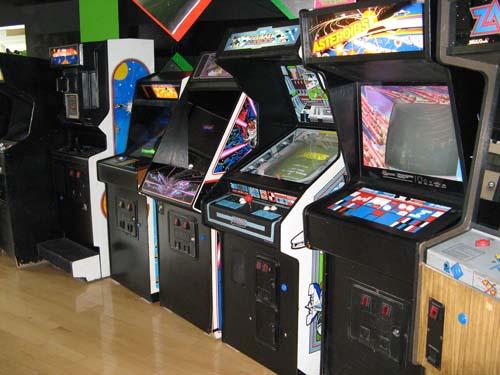 After 20 minutes or so, Dex decided it was time for us to go. He kept losing Aesteroids to Miles, he can be a sore loser especially around new people. We walked back home. Dad was coming from the city so he’d be home by 2:00pm. Dex was still disappointed. Ma wanted her stamps and to know if the mail had come, I told her no. She wasn’t in a good mood, she went to the back yard planting flowers, what she did when she was mad about something. It is a really nice garden. I go upstairs, pass Dex’s room and he’s dancing to “Let’s Go Crazy”. I go to my room and turn on the Cartoons, “He-Man” is coming soon.

“He-Man” is on, and I hear Ma knock at Dex’s door. She’s telling him something about Dad and the movies, a commercial comes on and I get up and go in the hallway to listen. I thought it might concern me, I guess it didn’t because Ma saw me and got a little mad then told Dex to go in the room and she followed him and shut the door.

“It’s already 3, where is dad?”
I didn’t know so I didn’t say anything “…and we won’t be able to get any pizza or anything before”
“that’s okay, they have food at the movies” I said
“Yeah I guess, what’s on?”

Once “G.I. Joe” was going off, I heard the front door. “You Boys Ready?” Dad yelled.
Dex jumped up and ran downstairs, I followed him. Dad was putting his briefcase down on the couch with mail and a box in his other hand.
“Dad we gotta go!” Dex said reaching for his jacket.
“Hey Dad, what’s that?” I asked pointing to the box
“It’s for your moth- it’s for Ma!” he said and pinched my cheek.
Dex was already walking out the front door to wait by the car
“I guess your brother is ready” Dad smiled “Let’s go” he grabbed my hand.

Ma came down.
“Is that mine?” she asked
Dad held out the box for her to grab.
“We’re gone!” Dad said when we walked out the door.
“Okay have fun” Ma said, opening the box looking happy for the first time today.

Jessica, Ma’s niece was over. Dex was about to turn 15, and he was asking her “what do girls like?” She was 17 so he wanted to get tips her. Dex was “preparing for manhood” like he told me, and “that’s why 15 is a big deal bro”.

Ma was no fun since she was putting the Party together. Dex didn’t care, he just wanted to turn 15. Ma cared and complained a lot. One morning Me and Dad were eating breakfast, and Ma was upset about invitations.
“If Sandy doesn’t get hers until Tuesday, and everybody else gets theirs Friday, she’s going to think I’m still mad at her about that… thing”.
Dad just kept rolling his eyes at her and making funny faces that made me giggle.

“This isn’t funny” she yelled
“Your br… your..” She looked at Dad for a second “…Brother’s party is a big deal and I have to straighten it all out” She grabbed her purse from the kitchen counter and left.
“She’s always like that about Parties”
“She wasn’t like that for mine”
Dad moved his paper to look at me “Oh, well… look, 9 wasn’t that big of a deal, but your 10th birthday party is going to be rad!”
“Really?” I asked getting excited
“Yeah, whatever you want son!”
I started to think about the question I had wanted to ask him earlier “Dad… who’s Webster?”

“Oh, some show about this…” He moved his paper “…why?”
“Well, when I was over Bill and Annie’s house… I heard Annie tell somebody ‘he’s like that Webster kid’” Dad put his paper down
“She was talking about you?”
“Yeah” I ate another spoonful of Alpha-Bits, Dad grabs his paper again

“Don’t worry, your Aunt Annie is always talking nonsense”
“She… doesn’t like me to call her Aunt” Dad folds the paper and puts it down on the table.
“Oh?”
“Yeah… that’s what she said before”
“Do you like going over there son? You get along with Lance right?”
“Yeah… I guess” more Alpha-Bits as Dad leans in closer to me
“Are they… mean to you over there?”
“Sometimes”
“You ever tell Ma?”
“Sometimes” I start to raise the bowl to drink the milk that’s left.
“Well, it’s Alright… Hey, they just won’t come to your Party if you don’t want them to”
I smiled, then got up to rinse my bowl.