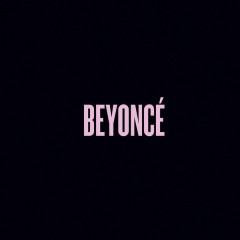 It’s Monday. Like most of the other Stans across the world, my entire weekend was consumed by Beyoncé and her latest solo album simply titled “BEYONCÉ”. Friday was the initial shock and awe of the BOSS move she made with the surprise release of the album. Saturday found me still in shock, but getting into the songs more and more. By Sunday the shock was subsiding and I started to appreciate the album on the whole. Today, I feel I have to write about it.

All weekend I was thinking of different ways to review the album. I finally decided to do like Beyonce and break the rules, so I’m going to present this review in a slightly different way. Obviously I need to talk about the album overall, talking about what it says about Beyoncé the artist, the vocalist and the person. Followed by a Track by Track review where I break the songs into three groups; the ones I have been obsessed with, the really good ones that I haven’t fully gotten into, and the ones I didn’t like so much upon first or twelfth listen. So here we go…

At first listen I couldn’t shake the few weird similarities “BEYONCÉ” shares with Kanye West’s “Yeezus”. Beyoncé’s frank business talk on “Ghost” and the extreme sexual nature of tracks like “Blow” “Rocket” and “Partition” gives the same IDGAF attitude that “Yeezus” gave. I also thought of Drake in the sense that the album is more atmospheric and she allows the backing music (which on every track is flawless) to be the main star, with her voice blending in beautifully.

The more I listen, the more I realize it’s not right to compare her to anybody else because this album is so purely a BEYONCÉ album. It has her stamp all over it, vocally and lyrically, and nobody else could have pulled off any of the material. It’s also her being very open in such a new way, while also being incredibly risky, things I’ve been dying for from her. I feel like she was able to do this now because she truly has nothing more to prove.

It seems like Beyoncé for once immersed herself in what SHE liked and not what was expected of her. Beyoncé has always been media savvy, at times calculated and very guarded, this album flips all of that. She openly talks about her displeasure with record labels, doubts about her relationship, her battles with perfection and beauty, and sex… lots and lots of sex. Her previous albums have shown hints of all of this but never went all the way, and “BEYONCÉ” presents the Superstar at a point where she doesn’t care about taking things over the edge, she just wants to sing what she feels.

It’s a masterpiece for Beyoncé because it collects all of the things musically we have come to love from her. She has “Jealous”, a “kiss-off” type song that fits along perfectly with “Irreplaceable” and “Best Thing I Never Had”, “XO” gives a very positive and glowing vibe like a “Halo”. “Blow” is the X-rated version of the very PG (in comparison) “Naughty Girl”.  The album elevates all of these bits of Beyoncé the artist with excellent production value and the singer feeling more at ease and deservedly confident.  “BEYONCÉ” is really a fully realized version of who Beyoncé has become as an artist.

And it wouldn’t be fair to this “Visual Album” if we didn’t get into the music videos that accompany the album. All of the videos are perfection from the styling, the editing and the overall visuals which take Beyoncé from her Houston hometown to Paris to NYC to the backseat of her limo. I watched the videos before I listened to the songs on their own, and for songs like “XO”, “Rocket”, “Mine”, “Drunk in Love”, “Jealous” and “No Angel” the visuals bring the songs to life and evoke a feeling that matches the content perfectly. There are small gripes here and there about the videos, but overall she did an amazing job creating clips that are unique to her Videography and unique to what else is out there in the Pop world.

And talk about diversity, the 17 videos go from dramatic mini-movies (“Pretty Hurts”, “Heaven”), to art-house pieces (“Mine”, “Ghost”), simple documentary-styled peeks into her life (“Blue”, “Drunk in Love”), stylized and glossy performance clips (“Blow”, “Partition”) and everything in between. These videos are easily some of the best of her career and presented in a way that doesn’t try too hard but come off perfect. Which makes the overall album a little overwhelming, a but a great overwhelming. Beyoncé truly did pull off making an EVENT out of this album in a way not many other artists could. Bravo Beyoncé Bravo!

And now let’s get into the songs…

This group of 5 songs is what I have been playing over and over all weekend. “Drunk on Love”, Bey’s tale of raising her freak flag after a night of “drankin” with her husband (“I get filthy when that liquor get into me”). I should say that “B’Day” has always been my favorite Beyoncé album because she let out her inner Hip Hop MC, and this song (and the album in general) channels that same Beyoncé. She raps here about her “L’Assemblage” and riding with her “surfboard” with so much swag that you can’t help but fall in love with the song (The video to “Drunk” may be simple, but I love it for the simple fact it’s just Beyoncé grooving and gigging to a song she so clearly loves). “No Angel” is another slow-burning Hip Hop styled song, this time she talks about her and her mates imperfections and how it makes them that much more compatible. This one grew on me considerably on Saturday and Sunday, the track is so smooth and gets into some intricate keyboard play mid way through. Sometimes I get annoyed with Bey’s falsetto singing which might have put me off of the song at first, but I’ve learned to love it, the message of the song might be why she sang it that way.

I won’t hesitate to say that “XO” is not only one of my all time faves from her, but easily the most radio accessible song on the album, and it deserves to be a huge international hit.  The lyrics are about basking in the light of love before the lights go out, and the sweet but strong vocal delivery and the international flavor of the track makes the message easily heard. The video is perfect in bringing the emotion of the song into a visual form, using the flashing lights of Coney Island and the smiling faces of her fans to bring more power to the lyrics. “Blow” is the funkiest, sexiest, danciest song on the album and it has my favorite line “Tear that Cherry Out”. Bey gives us old school 80’s flavor while being so nasty lyrically but so seductive and sensual at the same time (peep her “mmmm”‘s in the background), and the adorable Roller Rink/”Boogie Nights”/Rick James inspired video is so vivid and fun and hot it makes it hard to shake the images when you’re listening.

While I love “Mine” it seems like a Drake song. Or a song that he wrote for her with his personal style in tact. It’s not a bad thing though, I like Drake and I think the song is flawless. I love how they trade off verses and sing together on the hook, I even like how it’s bookended with her piano-laced intro and his beat-laced outro. It’s a great merger of Hip Hop/ Pop and R&B.

Songs I LOVE but need to get more into: “***Flawless” “Blue” “Partition” “Jealous” “Haunted”

My Number One Pet Peeve about albums is when an intro or outro is part of an actual song. In this case it’s “Yoncé”, which I don’t particularly care for right now, that’s ruining my full immersion in the banger “Partition”. It’s another explicitly sexy song that makes me laugh (“he Monica Lewinsky’d all on my gown”), but also has a delicious bridge section that reminds you of an early 90’s Girl group (“I just wanna be the girl you like, the kinda girl you like”). My pet peeve comes into play with “Haunted” as well, which I really like for it’s backing track and the spoken word bit that reminds me so much of Madonna (the video itself looks like an homage to both Madonna’s “Justify My Love” video and “The Shining” movie), but I’m not always into listening to “Ghost” which comes right before it.

My issue with “***Flawless” is that it’s WAY too short, this song is a perfect ratchet club banger with three call & response lines that will have the clubs going insane (“I woke up like dis!” being the most fun). It’s just a little weird that it comes after “Bow Down” and a speech about feminism by Chimamanda Ngozi Adichie, I just wish there was an extra minute of the song because it goes that Hard! And the video is Insane, one of my favorites of her career.  When it comes to “Blue”, I assumed it was going to be a corny ode to her first child and motherhood, but it’s actually beautifully produced with an infectious island vibe. Beyoncé matches the track so wonderfully with her voice and never over-does it. It’s just a feel good song. “Jealous” is great, but not really much else to say about it.

It’s no surprise that the 4 slower tracks are my least favorites. “Superpower” is a little too slow for me but I am getting into it a little bit more. It’s funny because the video is a lot better than the song to me with it’s slow-motion pace, the content (a violent protest against THE MAN) and pacing of the video matches up in such a weird way with the song. The “Rocket” video is amazing, and I LOVE LOVE LOVE the opening line of “let me sit this AAAAASSSSSS… on ya baby”, it totally makes me laugh. However it’s a little too Maxwell/D’Angelo sounding and I’m currently not all that in the mood for the babymaking songs. “Heaven” was such a sad emotional video, I just can’t bring myself to listen to the actual song for fear that I’ll be balling like a baby on the subway. From what I remember though it was a pretty song, just not something I’m into right now.

Wow, Did I Write Enough? You know I get carried away when it comes to my favorite artists and Beyoncé gave me lots to talk about. And it doesn’t end here. Hearing about the numbers this new album has done, I MUST have another blog post about her very soon.