And I’m back, staying consistent with this #FictionFriday project and following through on my personal deadlines and expectations. Shocker right!? What you are about to read is something I came up with last week so it’s basically brand new. It’s a bit autobiographical, just with certain twists to reality. Here’s hoping you all enjoy it and leave some feedback for me. Read On!

Kim and Cliff had shared lots of fun times in their friendship. From the time they met working at a Circuit City they became inseparable, having many laughs and getting into lots of trouble together. Seven years later, they had both moved around the country and found themselves back in the Bay Area. Kim had moved to Boston, and then to Los Angeles in hopes of getting a career as a make-up stylist going. He had moved just nine months ago to New York City to try to get a foot in the door as an on-air personality, but it didn’t take long for his funds to run out with no job prospects in sight.

Both of them, sitting there, re-adjusting to life in the place they were trying to run away from. And if their disappointments in their travels weren’t enough, they both fell back into certain dating and sexual cycles that were catalysts to them moving away. Kim found herself magnetized to the wrong man, and Cliff had allowed himself to be used for his ample organ and used like a toy by men.

Normally when they had problems, and more often it was her than him, they would do a variety of things to zone out and try not to think about what was bothering them. Sometimes they’d just get in his car and drive around the Bay aimlessly, listening and commenting on music. Sometimes they’d have mini-marathons of shows like “King of the Hill”, “Friends” or “South Park” to drown out their sorrows. She never had an issue voicing her frustrations to him, but he always held back on divulging his feelings, but both of them were pretty guarded and quiet about what was going on in their minds. It was easier for them to just be silly and joke with each other as opposed to having an long conversation about their emotions.

This time, their distraction of choice was an old game of “Tekken” they found in the garage a few days ago. They sat tensely, high, and zoned out, both of them trying not to think of what they couldn’t stop thinking about, their STD test results.

“Now that’s how you do it” Cliff said, one of the occasionally feigned remarks he would make when he won a match on the fighting game. 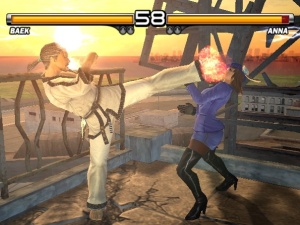 “Whatever” Kim said, barely mustering up the energy to do so.

Kim couldn’t stop thinking about when her ex Reggie, who she recently re-united with, called her and told her she should get an STD test. A call where he basically told her that she was the cause of his recent infection. Kim was of course insulted, especially knowing he had another girl on the side. She knew she should have given up on him when she found out about the other girl, but there was something about him and the way he treated her when they were together that didn’t allow her to break away. When she told Cliff about, he didn’t say it but she knew he was judging her and thinking the same thing she was, that she shouldn’t have messed with Reggie in the first place.

“Okay, you don’t think I gave it to you…” Kim asked Reggie on that phone call, trying to remain in control but breaking down inside

“…I mean, you’re the only person I’ve been with in like 4 months” her voice started to crack

“And what about that other bitch you’re fucking… how you know she ain’t dirty…” Kim yelled into the phone, not being able to control her rage any longer.

The conversation was a yelling match from there, and it wasn’t long before he hung up on her and wouldn’t answer the next 20 times she called. She spent an hour sending him texts, trying to defend her character to a guy she thought might be worth something. Once it was clear he wasn’t worth anything, she laid off.

She fumed for the rest of the night, and took the next day off from her Medical Records job to go to the free clinic and get tested. That was three days ago, the results wouldn’t be ready for another two days.

She thought about all of this while mindlessly going through the motions of playing this “Tekken” game with her best friend Cliff, whom she suddenly noticed was not his perky optimistic self that night. She looked over at him and remembered that he had problems of his own. She saw him sitting frozen staring at the Television, the only really motion was of him pressing the buttons of the video game controller. Without his random remarks about the game every few minutes, it would seem like he was in some sort of a coma.

“How are you doing?” Kim asked, genuinely concerned

He broke out of his daze and looked at Kim, he looked for a few seconds before he actually comprehended what she was asking

“I’m…” he shrugged his shoulders before looking back at the television screen “I guess I’m okay. I’m just way eager for the results you know”

“Yeah” she looked back at the television screen “You get it tomorrow right?”

“Yup, I…” he looked at Kim for a second, than back at the screen, not knowing how to finish.

Five days ago Cliff got an email from a friend, maybe less of a friend and more of a fuck buddy. It was his favorite fuck buddy though, but one he hadn’t seen in almost a month which is why the email surprised him.

When Cliff read it, he didn’t know how he should react first. At first he felt sorry for his friend, and tried to put his sympathy into words in a response email. He started reading the rest of the email and he got worried that maybe he might be positive as well. 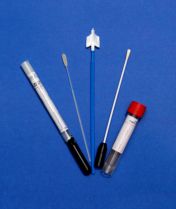 This wasn’t Cliff’s first STD scare, in fact just ten months ago he had contracted chlamydia from one of the many guys he hooked up with via the gay hook up sites available. That situation was resolved with one shot, but it made him think about the fact that he had been having entirely too much sex. Cliff was young, hung and cute which made him very popular to the community but only in a sexual way. He had so many different partners it became hard to keep track of them, and when he had that first outbreak of burning piss, he didn’t even know who he could have possibly gotten it from.

He didn’t talk about that situation, he just casually mentioned it to Kim a few weeks after the ordeal was over. He wasn’t going to tell Kim about this situation either, he just randomly mentioned in a joking way that he went to the clinic that day. He didn’t want to worry her, and he didn’t want to have to talk about it either. The days leading up to getting his results Cliff was more and more overwhelmed with worry and stress about possibly being HIV positive that he became a shell of himself and didn’t notice it until that moment.

“I guess I have been a little on edge huh?” Cliff said, slowly drifting out of his zone. He almost stopped himself from continuing the conversation, but he felt uncommonly willing to talk about his feelings in the moment. “It’s just… before, it was a quick fix kinda thing. I got the shot and it was gone. This time I’m really…” he wanted to say scared, but didn’t want to admit that just yet “…worried, you know”

“I, uh…” Cliff started while still mindlessly pressing buttons on his game controller “…well my friend… or this guy, emailed me and said he had HIV and that I should get tested…”

“Right! Oh look at that…” he got distracted by his win on ‘Tekken’ before he continued “… I mean, I don’t have any, like, symptom or anything but I’m just like, what if I do have it? I mean… I know they say you can live with it now, but that’s them rich folks. I’m already knowing those meds and shit are expensive”

“Yeah, because my meds basically take all my pay at this point”

“Right! I mean god knows I’m gonna be rich someday, but I can’t be like ‘Okay HIV, go away until I can afford you’, so I’m just… I don’t know, feeling weird about it”

“I’m sure weird is an understatement”

“Yeah” Cliff said, losing his enthusiasm about talking about it. Kim also reverted back to her thoughts on the whole STD thing.

“Isn’t it kinda like… a blessing, or something, that we’re both going through the same thing at the same time”

“I was just thinking that, that’s some crazy shit”

They have a silent pause for a few minutes while still playing their game. Both of them wanted to continue the talk, but didn’t really know what to say. They were best friends, but communicating like this was rare and somewhat awkward.

“I guess, thank you…” Cliff started, he didn’t like having the sappy ‘I Love You’ talks but he felt the need to tell her how her being around really helped him “… I know that like, our relationship has been a little weird since that whole L.A. thing but I’m really happy you’re here. It’s like we don’t have to suffer with this alone”

Kim was taken aback by this confession, she really didn’t know what to say. They hadn’t talked about their idea to move to L.A. together 3 years ago, the idea that Cliff backed out of a few months before it was supposed to happen. They didn’t talk for about a year after that, but reconnected three months ago, she was still slightly upset about the ordeal but was happy to have him here with her as well. She still couldn’t find the words to vocalize that to him so she just said “Awww” and smiled at him.

He smiled back, laughing a bit inside because for once she was speechless and he was the chatter box letting out all his feelings. He felt like their relationship was going to change after this night, and she felt it too. They related to each other in sometimes superficial ways, but tonight they went a little deeper and it wasn’t uncomfortable or as awkward as Cliff thought it would be. All of the times he had wanted to tell her things but scared of how she might react, thinking she might blow off his real feelings or she might get upset at some of the things about her that annoyed him. And even though this was a sensitive time in both of their lives, he now felt like he could talk to her about anything and not be scared.

Two best friends, who got closer through an old Playstation 2 game. They both liked to think of themselves as weird people, and they had a very weird friendship, and it just got weirder and more real that night.

So that’s it for this week, hope you enjoyed what you read and feel compelled to leave some feedback in the comment section. Stay tuned for next Friday, like I said before I plan on doing three posts. I’m going to try to be prepared and have them all finished before Friday morning so I can have them all up and ready for you to read on your lunch breaks. Until than, have a Great weekend.