The 90’s were clearly Janet Jackson‘s highest career peak with all of the hits and record breaking sales and sold out tours. The 00’s started out great for her, and we all know what happened after that. Yes, the Superbowl tarnished her career big time, and it sucks because her next slew of albums were severely underrated. Well I won’t say that, they weren’t ALL gold, but there is a lot of great Janet material that went unnoticed. In fact some of her best work to date came from this underrated era of Miss Jackson. 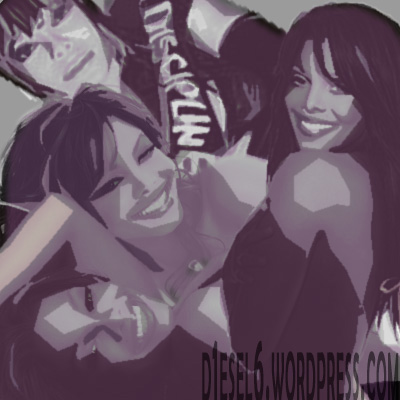 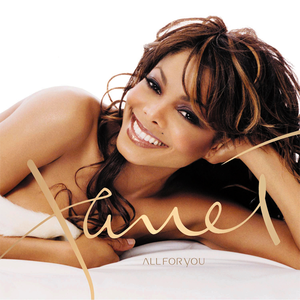 2001’s “All For You” was Janet’s last big success. The title song was a big hit and the album sold on par to her previous material. And yes, the album is fun and all but there’s just something about it that doesn’t sit well with me. Look, she has some great cuts on here from the sexy “When We Ooo” and “Would You Mind”, to the upbeat “Come on Get Up” and “Someone to Call My Lover”. She even gets a ambitious with the Lenny Kravitz assisted Rock cut “Trust a Try” and the Folk meets Pop meets Hip Hop “Son of a Gun”. Overall it’s a satisfying album, but maybe the fact that it followed “The Velvet Rope” was it’s biggest downfall. The previous album was a tad darker, and more personal while this album comes off way too LIGHT and Popp-y. Almost a regression from the previous album. It’s fine though, maybe she just wanted to have fun and do feel-good pop records, it just doesn’t provide enough real substance to stand against her best work.

Grade: C+  Best: When We Ooo, China Love, Someone to Call My Lover 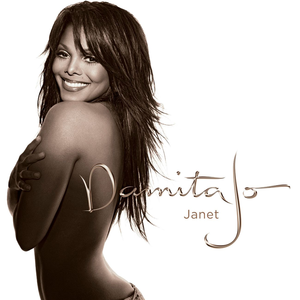 Unfortunately 2004’s “Damita Jo” came on the heels of the unfortunate Superbowl incident. And even though she promoted the hell out of it, the album still flopped and started to overall downturn in her career. It’s unfortunate because “Damita Jo” is really, honestly, a really good album. I won’t say ALL, but MOST of the songs here are incredibly enjoyable and easy to get into. And it’s odd, but a testament to her talents, that she sounds so comfortable and in her element on these songs when this is the first album since “Control” not produced entirely by Jimmy Jam and Terry Lewis. She definitely stands well on her own with songs like “Sexhibition”, “Island Life”, “Slolove” and “Thinking About My Ex” – which show the diversity of the album, but mostly how Janet is able to put the appropriate type of vocal stylings on the wide range of styles here. Great album but bad timing. It happens, but hopefully years down the line people will be able to appreciate the album without the controversy clouding their judgement. 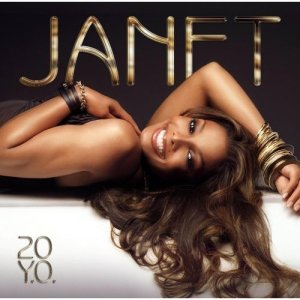 The problem with “20 Y.O.” is that it feels like it’s trying to be something and not succeeding. I’m not sure what the concept here is? The album was released 20 years after “Control”, so you’d think it’d be an homage to that album or 80’s Funk/Techno stylings. And that would make sense on songs like “Get It Out Me” or “Show Me”, but the rest of the album doesn’t have the same feel as those upbeat tracks. Okay, so maybe with her than boyfriend Jermaine Dupri (with the help of Jimmy Jam and Terry Lewis) producing the majority you’d think the aim was to be more Urban, and that would be the case for songs like “So Excited” and “Call on Me” with Nelly. But again, it doesn’t really all stay within that same vibe. So the result is a try-hard album with no clear focus. It has it’s number of good songs, from “With U” to “Enjoy” to the aforementioned “Show Me” and “So Excited”, but it’s not a very cohesive album and ultimately it feels a little dull! 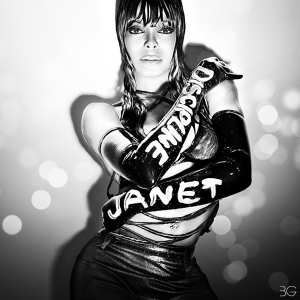 Most times when I’m listening to 2008’s “Discipline“, it irritates me thinking about the potential this album had and how Janet’s label completely dropped the ball. Honestly, the album is front-loaded with amazing songs. The incredible dance track “Feedback”, the stuttering staccato fun of “LUV”, the midtempo weirdness of “Rollercoaster”. There’s the ambient club vibe of “Rock With U” and the vintage fun of “2Nite”. And than, somewhere between the down tempo (err, boring) “Cant B Good” and the cute (but also a little boring) “Greatest X”, the album just takes a dive. The rest of the album feels so incredibly dated, like they were pulled from old sessions and just added on to fill the album out. And while some of those songs (“So Much Betta”, “The 1”) might have been HOT 4 years prior to the album, they just don’t carry on the BANG that the first half of the album gave. Still, I think this is a very underrated album, and there could have been a great number of hits and taken her back to where she deserved to be as an Icon. Oh well.