Does it feel like “Looking” is stuck where it left off at the end of last season?

I say this because it’s 2 episodes into the Second season, yet it feels like no new developments have taken place and it doesn’t look like anything is progressing towards anywhere. Maybe it’s a lack of patience on my part, but let’s get into last nights episode.

It opens with Patrick (Jonathan Groff) being the happy mistress at a seedy hotel with his boss Kevin (Russell Tovey). Looks like Paddy finally got it in the bed, and while the writers of the show would like for us to see Kevin and Paddy’s incredibly chemistry – the whole affair still seems incredibly one-sided. Kevin becomes paranoid when Paddy tells him that his closest friends now know of the affair, and Kevin basically tells Paddy to shut his mouth “so this doesn’t have to end”. Kevin basically keeps stringing along our Paddy, telling him that things with his boyfriend are terrible and leading him on with little things like dumb boy band moves and British trading cards. (Now, if Kevin is so paranoid about getting caught, WHY did they take the very PUBLIC transportation of Muni back to work instead of say… a CAB!?). So THIS relationship is stuck right where it was at the end of last season. Paddy is the side-whore to Kevin, yet he’s trying to convince himself that what they have is MORE than an affair and he’s MORE than a mistress. #EYEROLL (Oh yeah, and while he forbids his friends from judging him about this affair, he is free to keep on judging them!)

Dom and Lynn had a cute, but way too short, scene where Dom (Murray Bartlett) is trying to probe more about Lynn’s (Scott Bakula) deceased ex-boyfriend while Lynn would rather discuss who Dom had sex with at Russian River as a form of foreplay. THIS is another relationship basically stuck where we left it at the end of Season 1. Sure they are much closer and very cute together, but there isn’t any additional insight into their relationship at all. However, they were very cute together and had a great chemistry. Sucks they were only given about a minute and a half, I for one would love to see more of them.

Agustin (Frankie J. Alvarez) was basically used as an expositional prop this episode, because clearly the writers don’t know what to do with him. He ventures off alone to find Eddie, the bear from last week. And instead of CALLING or TEXTING him to find out where he’s at, he just goes into a random club and encounters and old friend who gives him drugs. Because… Agustin is the druggy, a point that the writers continually CRAM down our throats as if we can’t see it for ourselves. It doesn’t matter though, because Agustine’s only purpose this episode was to get SO fucked up that Richie (Raul Castillo) catches him sleep on the street and he drags him back to Paddy’s place. 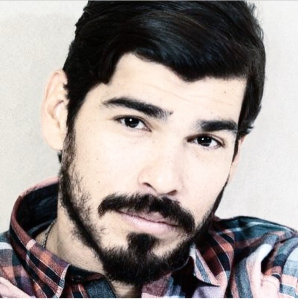 What followed was a pointless little chat between the two, with Richie SMARTLY denying Paddy’s invitation to have lunch “next week, or next year”. And of course there was Paddy freaking out the entire episode about a possible rash, something that can be anything from a bed bug bite to AIDS. This provided further irritation with the Patrick character who acted like a 17 year old KID when he was debating whether or not to get an HIV test. His paranoia about the rash was so stupid, such a waste of time, and it wasn’t even funny. It just boggles my mind how this character can be so immature and naive but somehow he feels like he knows the gay community enough to make an App? Doesn’t make sense right? I know what would make sense though… Can we have LESS of Paddy PLEASE!!!

I think it’s really time to start drifting away from Patrick as the main character and focus on some of the other characters lives. Like I said, Dom and Lynn were adorable together and make for a much more interesting relationship than Kevin and Paddy. Plus with Dom finally finding a place to open up his restaurant, he actually has something new and interesting going on that should be paid attention to. I even think shifting things so that we see more of Richie’s life without Paddy would be more interesting. In that one shot of him with his two Hipster friends, I totally wanted to follow THEM and see what they would get into instead of watching Paddy freak out yet again.

Even Agustin needs some real character development. He’s my least favorite character, but maybe that’s the fault of the writers for not making him anything but this loser druggie. Has he even applied for any jobs since the end of last season? Why don’t we follow him while he tries to find a job, maybe we would understand him a bit more.

Basically, NOTHING is going on with this show and something needs to happen soon