Okay so maybe we’re not totally done with #JANETDAY – but after this gets published we will be.

I kinda wanted to come back and just post ALL of my Janet Jackson Photoshop work! Some of these I really impressed myself, some didn’t turn out quite right, but what the hell… I’ll just share ALL of it with you! You’ve seen a bunch of these because I made them specifically to use for this Blog special… but ofcourse they went through different drafts and I just kind of want to share the journey for a second.

For the Discography Reviews, I wanted to meld all the album covers together and see what I could do. I have to admit the First image is a little lazy, but I still like it.

I wanted to do like I did with Jamiroquai and put ALL her single covers together and see what I could do. I have to say… even though it’s hard to look at, I LOVE what the paint daub effect does. But I chose a more clear one for obvious reasons. 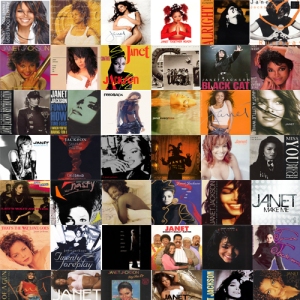 Yeah, I had this idea to take pictures of Television sets from the 80’s and beyond and put Janet in them. I was So happy this looked as cool as it did.

So here’s the rest. I LOVE LOVE LOVE the series of Janet with her arms up and three different poses. And I LOVE the one that’s extra saturated with the pink, it just looks incredibly cool to me. But I actually love everything in that entire set. My second favorite is the one I used for her Live performances, I actually like the different combinations and it was hard for me to chose which one to use for that post. Young Janet is adorable to me, I sectioned off different parts of the pic like her hair and portions of her dress and gave it some neon 80’s flair. I think it turned out really cute. The roulette of Janet was a last minute idea, and I LIKE it but I didn’t quite execute it in a way that’s all that pleasing for me. And I tried to do a semi-comic book style for Nipplegate. I was going to talk about that incident more in a post about Janet’s legacy, but I HATE the pics and I didn’t think that post was necessary SO! 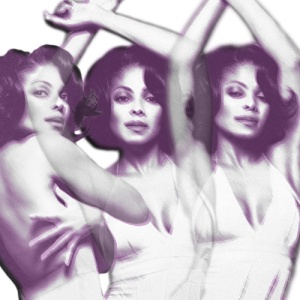 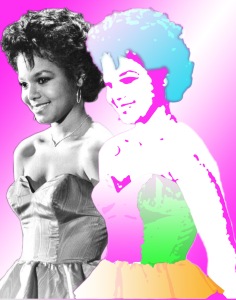 Any thoughts!? Let me know, and I hope you all ENJOY the rest of your day!!!